Stantec announced today that following a successful eight-year tenure as the Company’s president and chief executive officer, Bob Gomes will retire at year’s end, effective December 31, 2017. The firm also announced that Gord Johnston, executive vice president of Stantec’s Infrastructure business operating unit, was selected by the board of directors to assume the role of president and chief executive officer, effective January 1, 2018. Johnston has more than 30 years of industry leadership experience, including more than 20 years with Stantec. He has also played an active role in helping guide the Company’s Strategic Plan over the past nine years.

“Gord’s appointment and this transition are exciting milestones in a succession plan that the board of directors has been working on for the past three years,” says Aram Keith, chair of Stantec’s board of directors. “Gord’s people-focused leadership style, industry expertise, and market understanding will build on the success Bob has helped the Company achieve. Gord is focused on the future and helping the Company achieve its long-term strategic goals.”

New Perspective, Established Experience
During his Stantec career, Johnston has progressed in various leadership roles after joining the firm’s Edmonton-based Water practice in 1990. He later served as the regional business leader for Stantec’s Water group in Western Canada before assuming the role of business leader for Stantec’s Water business line in 2010. In 2015, he was named to his most recent post as the executive vice president for the firm’s Infrastructure business operating unit. As a company leader, Johnston served on Stantec’s Disclosure Committee, the Integrity Management Team, and the Executive Health, Safety, Security, and Environment Committee. Johnston has also been active in the firm’s acquisition sourcing and integration efforts, particularly with MWH Global, Stantec’s largest acquisition to date.

A recognized industry advocate, he has served on the board of directors for the Association of Consulting Engineering Companies (ACEC) in Canada, and as past president of the Consulting Engineers of Alberta. Johnston earned both bachelor’s and master’s degrees in civil engineering from the University of Alberta before completing the Harvard Business School’s Leading Professional Services Firms program. Additionally, he is a credentialed Envision Sustainability Professional through the Institute for Sustainable Infrastructure. In his role as CEO, Johnston will relocate to Edmonton, Alberta.

“Bob’s leadership has paved an excellent path for us to follow and grow,” says Johnston. “We will continue to grow and strengthen our global footprint while maintaining our position as a top-tier service provider dedicated to bringing world-class expertise to our clients in local communities around the globe.”

A Recognized Legacy
Originally joining the Company in 1988 as an urban land project manager, Gomes held several leadership positions before being appointed president and CEO in 2009. During his time in that role, Gomes led the Company through a sustained period of growth by executing key strategies outlined in the Company’s Strategic Plan. Among the highlights is Stantec’s successful expansion into multiple global markets, including Europe, India, New Zealand, Australia, South America, and the Middle East, among other geographies. Additionally, the Company enjoyed growth in gross revenue of 229 percent from $1.5 billion in Q1 2009 to $4.8 billion in Q1 2017 while completing nearly 50 acquisitions (including the largest in the Company’s history with the 2016 purchase of MWH Global).

Gomes will remain as a director on Stantec’s board. Aram Keith offered Gomes the board’s gratitude.

“Bob will leave a considerable legacy, and we’re grateful for his inspiring leadership over the years,” says Keith. “We’ll look forward to working with Bob and Gord over the balance of the year to ensure the Company is positioned for continued success through a robust transition plan.”

On June 15, 2017, nearly 70 airport representatives, consultants, and partners participated in an Envision & Airports webinar hosted by the Airports Council International – North America (ACI-NA) Sustainability Working Group. Organized by the group’s leadership, Brendan Reed of San Diego International Airport and Danielle Bower of Philadelphia International Airport, this was the second of two webinars focused specifically on Envision and its use in the aviation industry. The first provided a general overview, while the more recent event dug into actual application of the rating system to airport projects. Speakers included representatives from Nashville International, Detroit Metropolitan Wayne County, and Portland International airports. Sharing benefits, lessons learned, and key takeaways from their personal experiences, the speakers will help inform other airports as they move toward more sustainable infrastructure.

The variety of projects—a runway reconstruction, water source geothermal system, and a quick-turnaround rental car facility—demonstrate not only the wide-ranging applicability of Envision, but also its flexibility. Each of these diverse projects benefitted from the rating system through cost savings, stakeholder inclusion, reduced environmental impacts, and improvements to the design process. Although there is a learning curve associated with any new guidance or tool, each airport is looking forward to integrating Envision into future efforts.

The level of engagement during the June webinar and the speakers’ positive takeaways made one thing clear—Envision is gaining traction in the airport world.

The Envision rating system has had a multi-level impact on C&S’s approach to sustainable airport planning and design. We have come to recognize the applicability of Envision to the aviation industry and have discovered the benefits of integrating its principles not only into projects pursuing verification, but into all levels of planning efforts as well as into the planning principles held by our employees.

To date, C&S has been involved in two Envision-awarded airport projects. The hands-on experience of fully implementing the rating system provides a deep understanding of the process and transforms the guidance from the theoretical to the tangible. Completing the full assessment and undergoing verification instills confidence into those implementing the process and opens up the possibility and desire to apply Envision on future projects.

Through our experience, it is clear that Envision offers the maximum value at the onset of design or even planning. At the very start of a project we will gather a cross-section of the involved personnel and project team to identify project priorities and potential challenges of implementing sustainable measures on the project. We then prompt the brainstorming of ideas related to all categories of sustainability, often using the Envision credit categories to guide the discussion. Identifying these possible initiatives and discussing their integration early on ensures that sustainability will not become an after-thought of the project. It also allows for greater ease in the implementation of these initiatives as it seeks to prevent any back-stepping and redo of efforts, which ultimately puts a project in the best position to achieve maximum sustainability benefits including cost savings, reduced impacts, and enhanced efficiencies.

Beyond specific projects, we have also sought to incorporate Envision’s principles into broader planning efforts. For example, C&S developed an aviation sustainability plan for the Los Angeles County Department of Public Works Aviation Division, which owns five general aviation airports. In developing the plan we used Envision as a resource in determining a balanced set of goals, objectives and strategies. Los Angeles County recently adopted Envision as policy for its infrastructure projects, so incorporating this guidance into the plan will help support achievement of this policy in the future. C&S took the incorporation of Envision into the plan one step further and created a set of guidelines that can be passed on to contactors, which identifies the County’s priorities in addressing sustainability in all projects, whether pursuing an Envision award or not. These guidelines specifically used the Envision credits to provide clarity and/or support the pursuit of an award (e.g., by identifying credits that are likely not applicable to projects at the airports).

While C&S has been fortunate enough to take projects from start to finish through the entire Envision process as well as incorporate the guidance into our planning efforts, we have also embraced its principles in other, less formal forms. For example, we often use Envision’s categorization of sustainability credits to help generate and organize sustainability strategy ideas both internally and externally; we have referenced the individual credits to avoid overlooking opportunities; and we have utilized the ‘Related Envision Credits’ information, provided for each credit, to identify and prompt additional closely tied efforts that could be integrated to increase a projects sustainability.

As C&S discovered the agile nature of the Envision system and its broad applicability, the merit in increasing the depth of internal knowledge on the system became obvious. In the fall of 2016, we organized an in-person training opportunity for employees. Twenty individuals from varying positions and levels within the company participated in this event and went on to receive their Envision Sustainability Professional (ENV SP) credential. The efforts to support the integration of Envision did not stop there. A follow-up workshop that included staff and even client involvement was used to address and promote the implementation of Envision. These opportunities allowed employees who are not generally involved in the specifics of sustainable planning or design to develop their knowledge on the subject and gain a level of comfort integrating these concepts into their work. The broad inclusion of Envision at C&S allows for a broader inclusion of sustainability in all of the work we do. 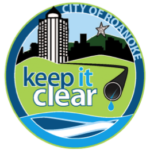 The City of Roanoke’s Stormwater Utility intends to incorporate sustainable practices and measures into all future stormwater infrastructure projects. One of the ways this is being accomplished is
through the use of the Envision rating system. For those not familiar with this rating system, Envision is for infrastructure what LEED is for buildings. Envision was created by the Institute for Sustainable Infrastructure and focuses on the importance of sustainability and protecting the environment. The City believes that using Envision in the various stages of stormwater improvement projects will not only improve the health of our streams and reduce flooding, but will move Roanoke toward a more sustainable and resilient future.

The first step for using Envision was to create a report card or benchmark for recently completed projects. This benchmark included 13 projects and how they rated under Envision’s five key categories: Quality of Life, Leadership, Resource Allocation, Natural World, and Climate and Risk. There are a total of 60 Envision sub-categories in which ratings points are available for credit.

The 13 projects benchmarked were the typical “run of the mill” stormdrain projects. Most of the projects were located within residential areas and consisted of inlets, stormdrain piping, and curb and gutter. The only goal of most of these projects was to alleviate flooding and as such, water quality was not a design component. The outfall for these projects included roadside ditches, closed piping systems, and natural watercourses. By typical CIP project costs, these projects were fairly small, the largest of which was $1.2 million.

Through the benchmark evaluation, it became clear that historical stormwater improvement project designs were missing the sustainability mark. The average Envision score for the 13 projects was 4% of total available points. Out of 60 credit categories possible these projects only received points in 19 of those categories. Even though the results were lower than expected, this benchmarking was essential to ensure future stormwater improvement projects are both sustainable and resilient.

The next step in the process includes applying the recommendations listed above to projects that are already designed, but “on the shelf” awaiting funding, thereby making changes to current design before the projects go out to bid. Thereafter, Envision will be applied to all new stormwater improvement projects – ideally during the concept/preliminary engineering phase – to ensure not only the project is done right, but also to ensure that the right project is being done.

Using Envision as part of the project design process is simply one more step along Roanoke’s path toward a more sustainable and resilient future. After all, projects we build today will shape our City for decades and generations to come.

For further information on how the City of Roanoke is using Envision please contact Danielle B. Bishop, PE at danielle.bishop@roanokeva.gov or 540-853-5900. In addition, the complete benchmarking report can be found at: