The City of Evanston’s $20M Clearwell 9 Replacement Project includes the replacement of a five million gallon treated water storage reservoir with a new similarly sized facility, a new overflow, a new submersible pumping system, and site piping modifications. A parking lot was also converted into green space as part of this project.

The original Clearwell had been operational since 1934. After decades of serving the community, the project deteriorated, which prompted the city of Evanston to determine its long-term needs for treated water storage. A lifecycle cost analysis was undertaken to determine the best course of action for the facility: repair it or replace it. The study concluded that it would be most cost-effective to replace the Clearwell. In addition to a badly deteriorated roof, the characteristics of the existing pumps in the system were such that the bottom several feet of the reservoir could not be pumped out. This meant the city of Evanston was not able to utilize the full stored volume of water.

Learn more about the sustainability of this project in the Project Awards Directory. 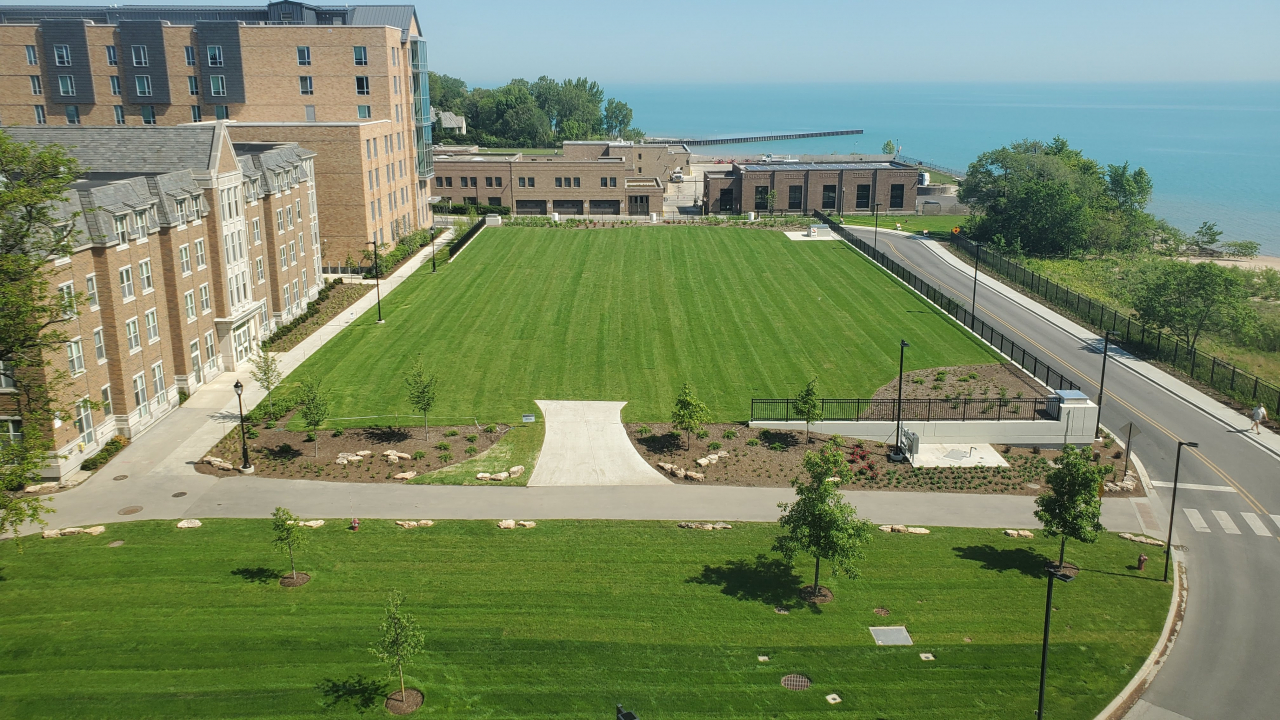